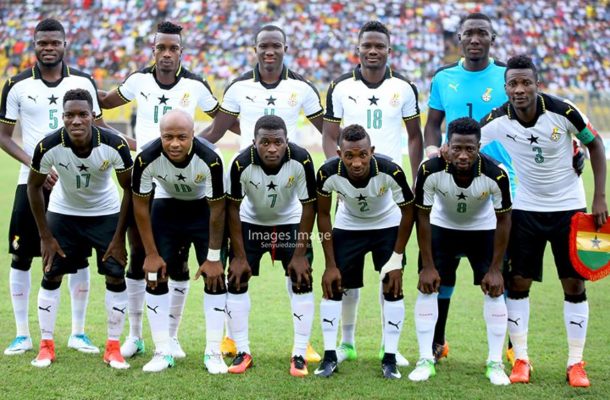 Ghana has qualified for the 2019 Africa Cup of Nations after the Confederation of African Football (CAF) removed Sierra Leone from the qualifiers.

The Black Stars sealed their place in the continent's flagship competition after CAF decided to exclude the Leone Stars following the the suspension of the country by FIFA.

The decision to remove Sierra Leone from the qualifiers means the Black Stars qualify for the biannual tournament along with Kenya in Group F.

The removal of Sierra Leone means Kenya will stay top of the group with seven points after two wins and a draw with just one match remaining in the group.

Ghana will stay one point behind Kenya in second place after defeating Ethiopia 5-0 and 2-0 in Kumasi and Addis Ababa respectively.

The decision to remove Sierra Leone from the group leaves Ethiopia with just one point as they lose the three points amassed from their win over the Leone Stars in September in Awasa.

With just one match remaining in the group in March next year, Ethiopia cannot overtake both Kenya and Ghana which means the two sides have sealed their places in the tournament.

The Football Kenya Federation (FKF) president Nick Mwendwa revealed that CAF took the decision to remove Sierra Leone when they has can Executive Committee meeting on Friday.

"The Extraordinary meeting of the Executive Committee of Caf met in Accra, Ghana on Friday (November 30),” Mwendwa said.

"One of the decisions made at the meeting was to remove Sierra Leone from the list of competitors in our group.

This means the Black Stars will play in the 32nd edition of Africa Cup of Nations slated for June 15 to July 13, 2019.

Although, defending champions Indomitable Liones of Cameroon lost automatic qualification after being stripped off hosting rights during the Friday meeting, they are still in contention to clinch the remaining ticket from Group “B”.

The Cameroonians currently lie in second spot with eight points, three more than third-ranked Comoros. These two will face off in March next year to decide who bags the ticket.