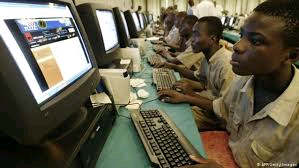 Ghana has been ranked the number one country in Africa with the fastest internet speed.

In a global index for fastest internet speed, Ghana’s internet was ranked the fastest on the African country, ahead of South Africa and Egypt.

Ghana was ranked 79th in the world, with a speed of 53.28 Mbps, which was the fastest in Africa.

With Ghana undertaking a massive digitization drive, its internet connectivity having been ranked among the fastest in Africa should be a major boost to the government’s digitization agenda.