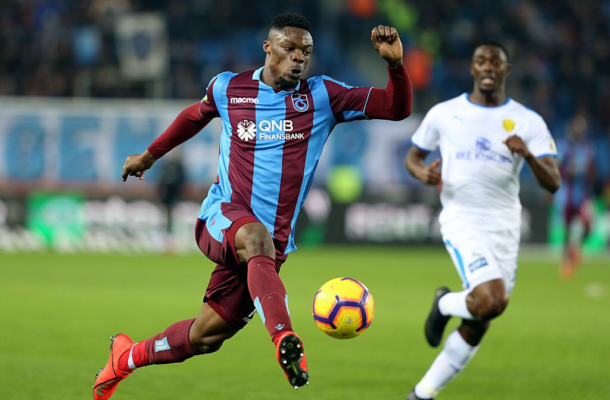 Ghana new boy Caleb Ekuban says he will wait until the end of the season before deciding his long-term future.

The 24-year-old forward is currently on loan at SuperLig side Trabzonspor from Leeds United.

The Italian-born Ghanaian has been an instant hit since joining the Turkish club, scoring seven goals and creating three more in 28 games.

A feat which has led to his debut Black Stars call-up for the final AFCON qualifier against Kenya on March 23.

Ekuban has a clause in his loan deal with Trabzonspor, according to Turkish outlet Miliyet, that will see him leave permanently for just £900,000 – if Trabzonspor are willing to pay that.

A bargain for a player that has had a hand in 10 goals and played out wide, in the 10 role and up front. But Leeds may be looking at his form – and indeed his Ghana call-up – and consider whether he was worth another go.

That perhaps could depend on whether Leeds gain promotion to the Premier League, or remain in the Championship.