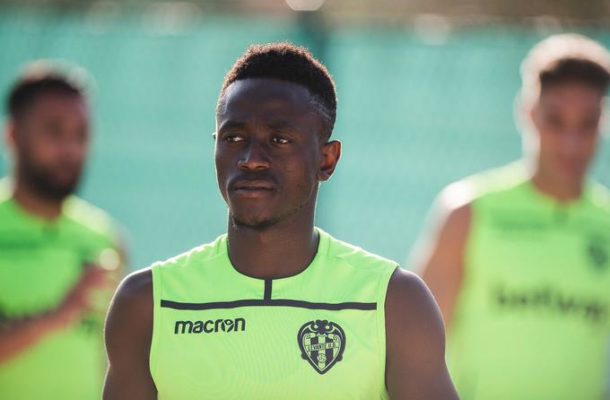 Emmanuel Boateng could return to full training as early as next week after the club released a video of the striker training on grass ahead of schedule.

The 21 year old picked up the injury during Levante’s pre-season friendly against Bournemouth in July.

He was given a recovery period of between four to six weeks, but may well be set for an earlier return.

The Ghanaian international took to the gym last week at the Ivre Clinic together with the team's recuperator, Javier Olmo, to put the intervened joint into operation.

He has now began light training on the lawn of the Ciudad Deportiva del Levante UD as he accelerates the recovery process.

Bar any setbacks, Levante’s La Liga fixture against Espanyol on September 16 could see Boateng get his first minutes of the season.