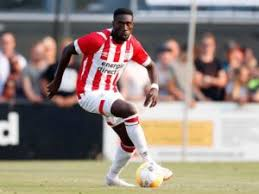 Ghanaian-Dutch defender Derrick Luckassen has been sidelined for six weeks due to a knee injury.

The Anderlecht star will have to be off for the time being as the team prepares for their clash against 13th-placed Eupen on Sunday in the Belgian league.

Luckassen, on loan from Dutch giants PSV Eindhoven, is eligible to play for the Black Stars.

Born to Ghanaian parents in Amsterdam, the 24-year-old centre-back, who currently plays for Belgian giants Anderlecht, is open to representing the West Africans at senior level after time with his country of birth at youth stage.

Luckassen is a graduate of the AZ youth academy. He captained the youth team during the 2013–14 campaign. On 29 August 2014, he signed a professional contract with the club, keeping him there until 2018.

Luckassen made his professional debut for the club against Dordrecht.He first played a whole match against Twente.