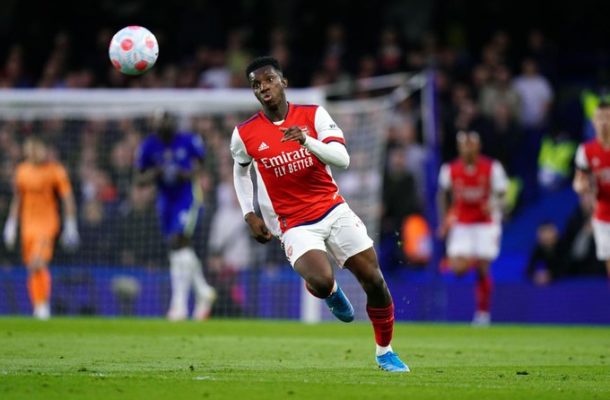 According to trusted European football transfer expert, Fabrizio Romano the striker has signed a five year contract extension with an announcement expected soon.

Nketiah's contract at the club expires in the summer and despite several offers from the club, the 22  year old had failed to sign the contract.

The English-born  Ghanaian player was not convinced he will be afforded the regular playing  time that he so craves for at Arsenal but it appears he now has a change of heart.