Ghana to wean itself from gas supply from Nigeria 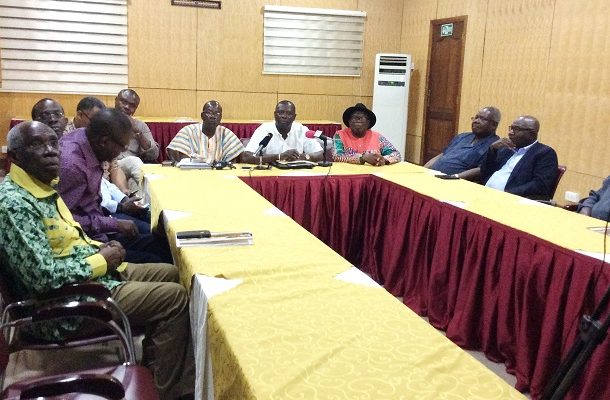 Ghana is working towards weaning itself from gas supply from Nigeria, the Minister of Petroleum, Mr Emmanuel Armah-Kofi Buah, has said.

Gas supply from Nigeria Gas has, since August 2012, not been regular due to factors, including natural causes, industrial actions and Ghana’s indebtedness of more than $80 million to N-Gas, a Nigerian gas company.

The erratic supply of gas from Nigeria has affected electricity supply to homes and industries locally over the years.However, Mr Buah, at a mid-year review meeting with heads of agencies under the Ministry of Petroleum, told reporters that plans were far advanced for Ghana to be self-sufficient in gas supply.For instance, he said, gas supply from the Jubilee oilfields to the gas plant at Atuabo had resumed, while Ghana Gas and Tullow Oil Ghana Limited and its partners were finalising an agreement for the tying of gas pipelines from the Tweneboa, Enyenra and Ntomme (TEN) project to the Atuabo gas plant.The TEN project, which will produce its first oil on August 18, 2016, will begin the production of gas in the first quarter of 2018.

Moreover, work on the onshore gas reception facility for the ENI integrated Offshore Cape Three Points (OCTP) project at Sanzule in the Ellembelle District in the Western Region was also on course, he said.

The facility, which has the capacity to produce 180 million standard cubic feet per day (mscf/d), sufficient to generate about 1,000 megawatts (MW) of power, comes with additional oil production of about 45,000 barrels per day.

The US$7.9-billion investment project will ensure reliability of power generation to feed industry and commerce.

The ENI and its partners are hoping to pour the first oil in August 2017 and first gas in February 2018.

Additionally, plans are advanced for the expansion of Ghana’s gas infrastructure.

The Minister of Petroleum said Ghana had learnt its lessons from the challenges faced with the supply of gas from Nigeria.

He was reluctant to state the quantum of Ghana’s indebtedness to N-Gas but stated that the Ministry of Finance had worked out a payment plan which had been agreed on by the parties.

Mr Buah said metering regulations had been laid before Parliament, adding that there was progress with regulations on health, safety and the environment.

He said all those measures were aimed at strengthening the Petroleum Commission to be the police in the oil and gas industry.

Local content issues and their implementation aimed at ensuring that Ghanaian companies are at the forefront of the industry were also discussed during the meeting.

With regard to the petroleum downstream sector, Mr Buah said the national stock level for fuel reserve was impressive and further announced that the Tema Oil Refinery’s (TOR’s) debt had been restructured to protect local banks from collapse.

He acknowledged that there had been challenges in the petroleum sector at the beginning of the year but said those hiccups had been surmounted.

He commended the various agencies for their performance so far and expressed the hope that they would be able to overcome identified challenges before the end of the year.

The CEO of the GNPC, Mr Alex K. M. Mould, said the first half-year performance of the petroleum industry was very challenging and mentioned particularly the torrent challenge on the Jubilee Fields where production had to be stopped temporarily.

He said partners on the Jubilee oilfields worked hard to bring production back on stream.

According to him, the Jubilee partners were currently producing 100,000 barrels per day, adding that enough gas was being produced from the Jubilee oilfields to power the Western enclave.

“We are working with Ghana Gas and the power sector to ensure that we give them sustainable gas for the second half of the year,” he said.

He said Ghana Gas was in the process of finalising agreement with Tullow Ghana Limited, operators of the TEN fields, and its partners to tie in pipelines from offshore to Ghana Gas’ pipelines for eventual supply of gas from the TEN fields.

He said the gas company was in the process of expanding the country’s gas infrastructure base and assured Ghanaians of stable power supply in the medium term.

According to him, Ghana was, in the past, the second most expensive for aviation fuel.

He expressed the hope that Ghana would be an aviation hub in Africa in the long run and urged domestic airlines to pass  the price reduction onto passengers.

Giving highlights of the performance of the Bulk Oil Storage and Transportation (BOST) Company Limited and TOR, the Managing Director for both agencies, Mr Kwame Awuah-Darko, said consumers of finished petroleum products saved GHc4.4 billion being the price differentials from the automatic adjustment formula, following the deregulation of petroleum prices in mid 2015.

According to him, modalities were being instituted to make it impossible for imported fuel to be cheaper than locally produced fuel.

Mr Awuah-Darko said Ghana had enough strategic fuel reserve to cater for shortages and said the Bolgatanga Depot, which was idle for some time, was currently serving Mali, Burkina Faso and Niger.

The Managing Director of the GCMC, Mrs Betty Morny, said her outfit intended to expand to manufacture more cylinders for the market, adding that the rural LPG promotion was on course.