Ghana unaware of being stripped of 2018 AWCON hosting rights 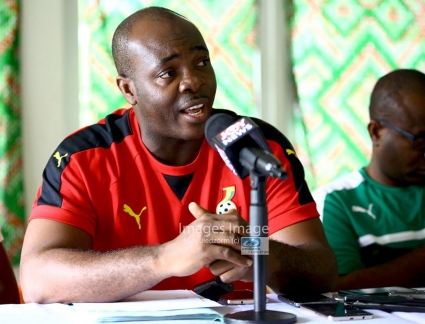 Communications Director of the Ministry of Youth and Sports Elvis Adjei Baah has declared that his outfit is unaware of CAF's decision to strip Ghana of the 2018 African Women's Championship hosting rights.

Local media reports suggest, CAF are not happy with Ghana's preparations with three months to the tournament.

According to our checks, the Caf inspection team that visited Ghana last month realised the venues for the competition , that is the Accra and Cape Coast Stadiums will not be ready by November.

Especially, with the Accra Stadium construction work won't be completed before the competition starts while the confidence in the other parts of the Cape Coast Stadium is not up to scratch.

In view of this he Local Organising Committee (LOC) decided to move the tournament to Kumasi and Tamale which we understand has also been rejected by CAF.

“We haven’t received any official letter from CAF saying we have been stripped off of the 2019 AWCON," Elvis Adjei Baah told Happy FM.

“If there has been a change in the hosting plan, I believe we should be the first to be notified. The Liaison team is also saying they haven’t received any official letter from CAF either. We can’t deal with rumours. I only know Ghana has the right to host of the AWCON.”

"Until CAF writes to us, Ghana is still the host of the competition.” I believe Ghana is ready to host this tournament. I will be surprised if CAF take the hosting right from us."

“We are trying to contact CAF to find out if such news is true or not. The Liaison team are working on it.”

Meanwhile, CAF President Dr. Ahmad stated that they are talking to some countries to take over as hosts of the two-week competition after the highly expected decision to dump Ghana.

"We are engaging several countries and should be able to announce a host during the CAF Extraordinary General Assembly in Egypt next month," CAF Ahmad said on Sunday.