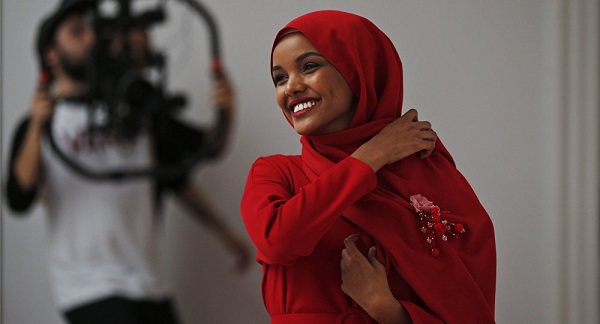 Nine models have been chosen for the historic cover, which was realized due to Ghanaian-born Edward Enninful, being appointed as British Vogue’s editor-in-chief last April.

The models, featured on the May issue, were described as fashion’s “New Frontiers,” with twenty-year-old Halima Aden becoming the first hijab-wearing model to appear on the cover of British Vogue.

“It is a moment for Vogue to do what it has always done best: to offer a bold vision of what the future can — and should — look like. Even five years ago — and certainly 10 or 20 years ago — if you were shooting a group cover like this, the girls would not have looked like these young women do. But one of the great positives of the past few months is the fashion industry finally embracing a concept that has defined my entire working life: diversity. […] That’s what I want to celebrate with this cover,” Enninful wrote.

Social media users were amazed by Enninful’s work at the magazine, with many praising his idea to promote diversity.

British Vogue’s cover is not the first one for Halima Aden, who was also the first contestant in the Miss Minnesota USA pageant to wear a burqini and a hijab.

Aden was the first hijab-wearing model to appear on the covers of Vogue Arabia in June 2017 and Allure in the July 2017 issue.