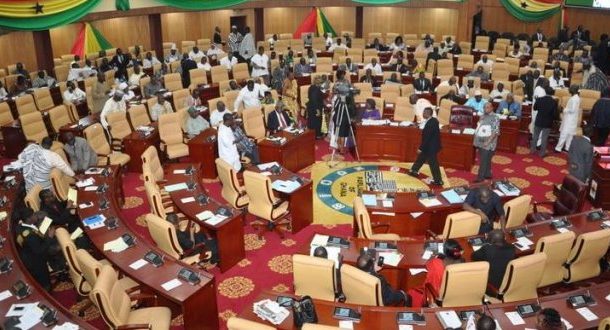 Parliament, Thursday, was thrown into a state of ecstasy when Members came to terms with some Ghanaian communities with sex organ names.

It all happened when the New Patriotic Party (NPP) MP for Abirem Constituency in the Eastern Region, engaged the Minister for Energy, Boakye Agyarko, and inquired from him whether the Ministry has plans to provide off-grid electricity to some communities in his constituency since they were very difficult to be connected with national grid.

Even before the MP could be allowed to ask is question which had been advertised on the Order Paper, the Majority Leader, Osei Kyei-Mensah-Bonsu sought the indulgence of the Speaker to find out the appropriateness of the names of the communities with sexual connotations.

The First Deputy Speaker, Hon. Joseph Osei Owusu who presided over the sitting however, ruled in favour of the Abirem MP much to the excitement of the entire House as well as members of the public had traveled from various parts of the country to witness the day’s sitting.

Among the names of the communities with sexual connotations the MP had sought to find out from the Energy Minister whether they have plans to provide off-grid electricity to are: