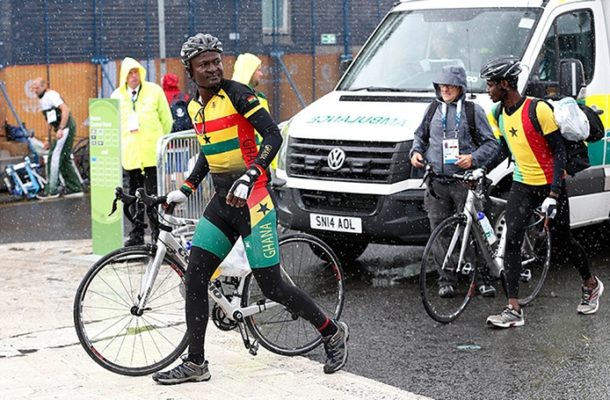 Ghana’s cyclists and Para-cyclists have found themselves in a situation where they have to beg for bicycles in order to be able to compete in the upcoming 2018 Commonwealth games in Australia.

Leader of Team Ghana Mohammed Sahnoon, the Chef de Mission for the 2018 Commonwealth Games, who is also President of the Ghana Cycling Federation (GCF) explained that the bicycles they brought was not up to standard hence the need for new ones.

He revealed that the team is yet to receive any donation since their arrival and also explained the reason for the absence of the coach.

“We came here with a coach but he is handling some classifications in Brazil,he will  join us soon”

Ghana has 72 athletes competing in 12 sporting disciplines in the games which kicks off between April 4 and 15 April 2018.