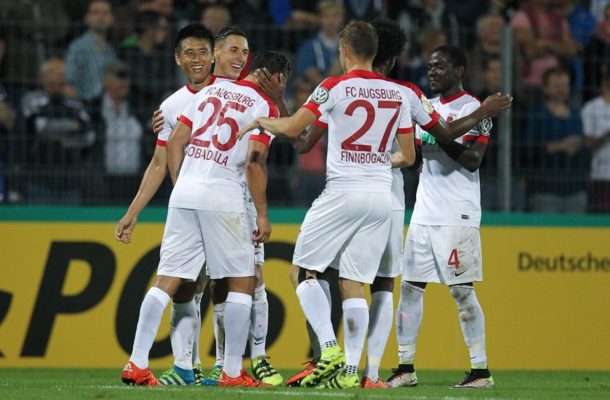 Ghanaian defender Daniel Opare starred in defence for Augsburg who secured progress to the next round of the German Cup after beating fifth-tier side Ravensburg 2-0 on Friday.

The 25-year-old former FC Porto defender played an influential defensive role and lasted until the 92nd minute at the GEBERIT-Arena in Pfullendorf.

Augsburg manager Dirk Schuster handed a starting role to the 2014 FIFA World Cup Ghana star and he anchored the defence with stead until he was replaced late in the game.