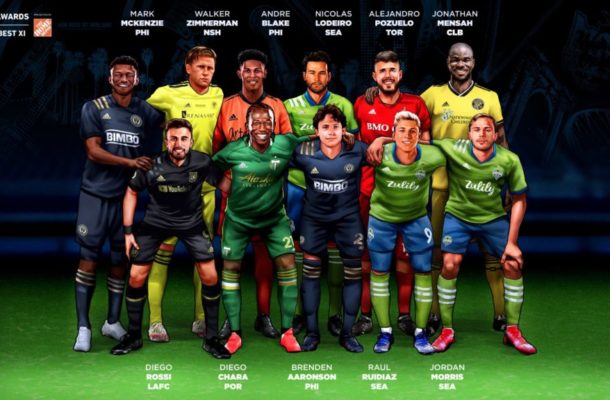 Columbus Crew defender and captain Jonathan Mensah has been rewarded for his outstanding campaign in the MLS regular season.

The 30 year old Ghanaian defender has been named in the MLS best eleven for the season.

It is the first time the defender has made the MLS best XI since joining the American side in 2017 having performed very well for his side.

Jonathan Mensah was an integral part of the Columbus Crew team playing every game in the regular season for his side as they reached the MLS play offs.

“We want to congratulate Jonathan on earning this worthy recognition as one of the top players in MLS in 2020,” said Crew SC President and General Manager Tim Bezbaztchenko.

“Jonathan has been one of our key performers since earning the captain’s role, playing every minute of every match for the Club during a long and at times incredibly compact season. He has been pivotal to the success of our backline this year and a large reason why we had one of the best defensive records in the League during the regular season. We are proud of Jonathan’s accomplishments and we know he will continue to perform at a high level during the playoffs.”

Interestingly the announcement was made to the player and his teammates whiles at training by his wife through a video call.

The rest of the team is made up of Nashville's Walker Zimmerman, who beat Mensah to the defender of the year, Diego Charra of Portland, LAFC's Diego Rossi and Toronto FC's Alejandro Pozuelo.