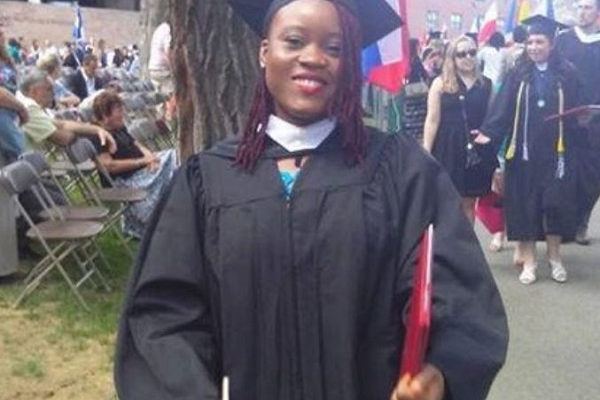 Yasmin Fuseini Cudjoe, 28, is one of the few Ghanaian female engineers whose stories are worth telling.

The paper spotted excerpts of an interview she granted during the Engineers’ Week in South California where she worked as a top notch engineer with Toole Design Group.

On who inspired her to become an engineer she said “my father. He is a civil engineer as well and has his own transportation engineering firm back home in Ghana. As a child, he would dress me up in boots and a hard hat and take me with him to his sites. He always explained what was happening with the construction, as if I understood the concepts already. The excitement with which he shared his work with me got me excited as well, even though I had no idea what he was talking about. I just knew that one day I, too, wanted to be just as excited about the built environment and improving my community.”

She said she was particularly interested in design and data analysis. “As a result, I’ve worked on projects that include conceptual roadway design using AutoCAD, crash data analysis and countermeasure identification, and site measurements and site design for bike share stations,” she added.

On why she became an engineer she said, “Growing up, I was always great with numbers and understanding how things worked and I wanted a way to apply those skills to helping my community. Becoming a civil engineer was the perfect fit.”

I am currently involved in the Station Siting Services for the San Gabriel Valley Regional E-Bike share program.

On an innovation she is involved in, Yasmin said “We will be introducing a healthy and active alternative means of transportation to their communities, while increasing connectivity and inevitably triggering improvements in their bike facilities. Basically, the project comes with health and structural benefits. That’s all you can ask for!”

On how engineering would be like in a decade from now she said “I grew up in a country where cars and highways are still a necessity in connecting people and so active transportation and transit are not priorities. I am hoping that in 10 years there will be a shift that I can be at the forefront of by using the skills and techniques I learn here to introduce fast, safe, healthy and sustainable modes of transportation to the developing world.”

Yasmin completed her Masters in Transportation Engineering at the University of South California six months earlier ahead of her mates and started work at Toole Design Group as an engineer.

Her father a civil engineer attended the Navrongo Secondary School and the Kwame Nkrumah University of Science and Technology and hails from Yendi.