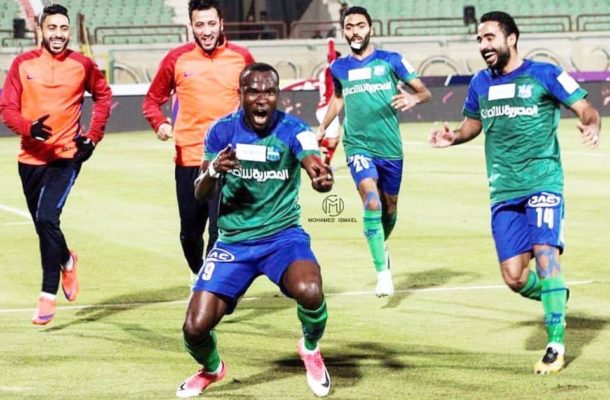 Red-hot Ghanaian striker John Antwi was on target again for Misr Lel Makkasa as they thumped El Entag El Harby in the Egyptian League on Sunday.

The former Dreams FC forward registered his seventh goal of the season in the 3-1 win over El Harby to move fifth on the table.

Five minutes later Mohammed Gaber put Lel Mikassa in the lead with a fine effort and in the second half John Antwi sealed victory for his side.

The 26 year old was later replaced by Shemeles Bekele as the points was wrapped.