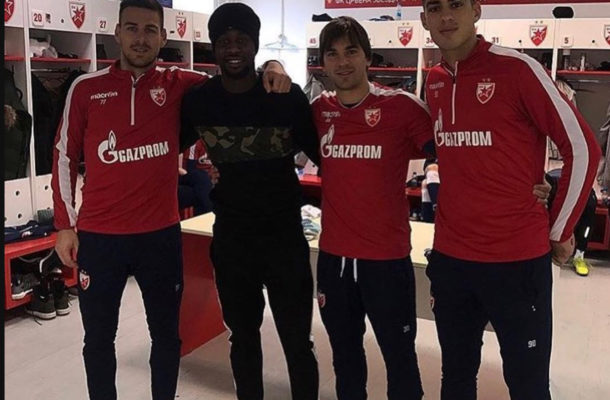 Ghanaian forward Richmond Boakye Yiadom has flown from his base I. China to congratulate his former side Red Star Belgrade after reaching the Group stage of the 2018/2019 UEFA Champions League.

The Serbian side came from 2-0 down in Austria to book their spot in the group stage for the first time since 1992.

After drawing 0-0 in the first-leg, Manus Dabbur's double looked to have sent Salzburg into the group stages for the first time in 11 years.

The Jiangsu Sunning striker took to his social media page to share a photo on his visit to his former teammates.

He captioned the post; “Congratulations guys ...you have always proved to be warriors of victory and you made it ...I’m happy to congratulate you guys from my heart one love ❤️ guys ...and keep the fire ? burning @crvenazvezdafk”

Red Star have been drawn in Group C, believed to be the group of death having been paired with last season’s finalist Liverpool, PSG and Napoli.