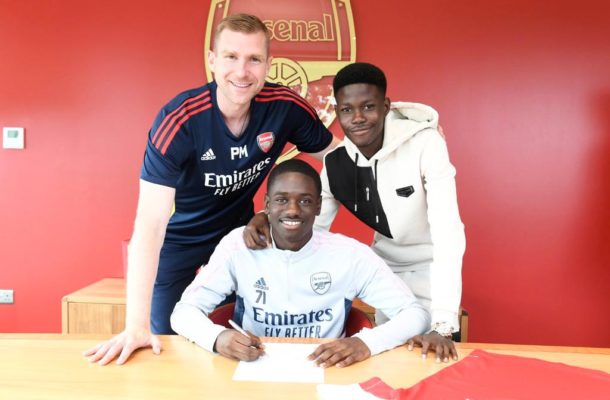 English-born Ghanaian youngster Charles Sagoe Jr. has signed his first professional contract at Arsenal after impressing the technical team of the youth set up.

"Charles Sagoe Jr has signed his first professional contract with the club." the English side announced

The 17-year-old versatile forward joined Arsenal from Fulham in July 2015 and has consistently been an attacking threat through the age groups since joining the North London club at age eleven.

He  played 29 games in all competitions last season scoring ten goals and picking up three assists.

“I see the project that Mikel Arteta and Per Mertesacker are doing, how they’re developing young players and I want to be a part of it.”

The young prospect is yet to be capped by England at any level of football and is still eligible to play for Ghana where his parents hail from.