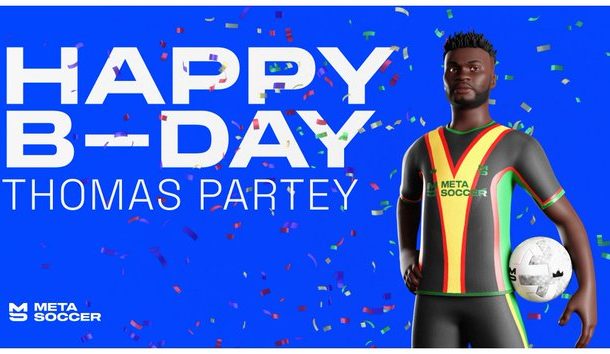 Ghana and Arsenal midfielder Thomas Partey has joined a select few players who have joined NFT within the game MetaSoccer, a sports metaverse created by Spanish entrepreneurs.

MetaSoccer is a game in which its users have their own club, for which they sign and train their players with whom they face other people or the system, with the possibility of generating income for their achievements through both cryptocurrencies linked to the game.

This game will create 100 NFT (non-fungible token) of the Madrid side that the players of this universe will be able to obtain to use in their teams and make it evolve to improve their skills.

These 'tokens' will be divided into various categories, from less to more skills, some from his initial stage in football, up to 19 years old, others up to 24 and others from 29 years onwards that will have the highest rating and They will come out in smaller numbers.
Thomas Partey joins the likes of Dani Carvajal, the former Brazilian soccer player Ronaldinho Gaúcho , the Argentine goalkeeper of the English Aston VillaEmi Martínez.

MetaSoccer is the first blockchain-based soccer metaverse where users can create their own club and generate income while playing (Play-to-Earn).

A whole soccer ecosystem where users can participate full-time as club owners or managers while having fun and generating income. MetaSoccer embraces multiple revenue streams such as: NFT asset drops, fees from different transactions across the ecosystem (marketplace sales, betting, token swap…), sponsorships and broadcasting.

This game is founded by three Spaniards, Patxi Barrios, Marc Cercós and Alex Fiestas, at the head of the company Champion Games, which previously launched the game Mister Fantasy, another game about soccer, although in this other they add the component of cryptocurrencies.