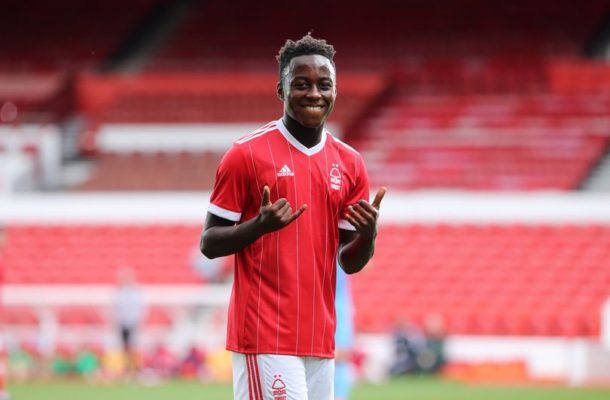 Nottingham Forest have denied a report they are ready to sell Ghanaian youngster Arvin Appiah for a minimum of £6m.

The Sun on Sunday reported the Reds will let forward go in January for anything over that figure in order to boost their promotion push.

However, the club have told the Post that is not the case and they are instead looking to help the 17-year-old fulfil his potential at the City Ground.

It would certainly be a surprise to see the Reds let the England Under-18 international leave given the regard he is held in.

Appiah is understood to have been scouted by numerous top clubs and Forest have occasionally sold young prospects, such as Oliver Burke and Ben Brereton, with Burke seeing his career stall at West Brom, while Brereton is yet to score for Blackburn Rovers.

However, Forest are not looking to sell quick and tricky winger Appiah

He is yet to play in the first team in the Championship. However, he has been among the substitutes and came off the bench to score in the Carabao Cup against Burton.

He also trains regularly with the senior players and has been in excellent form for the Under-23s this season.