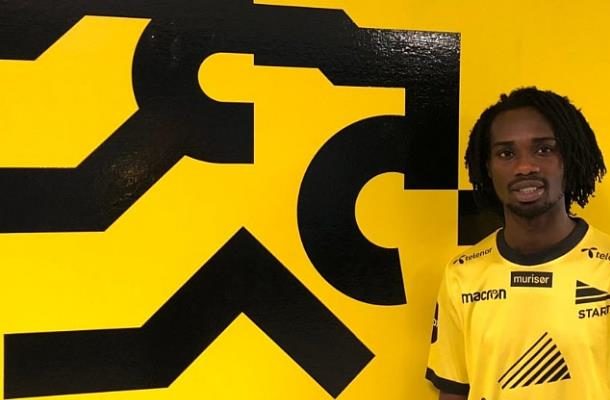 Ghanaian forward Ibrahim Arafat has expressed his delight after completing a tranfer to Norwegian side IK Start.

The 23 year old joined Start from Slovenian football club Aluminji on Thursday after passing a medical.

And after completing his move, he said, "I am very happy to come to IK Start.

He describes himself as a player with good speed and skills, and now he looks forward to showing himself to the supporters at Sparebanken Sør Arena.

"I am very pleased that Start has seen my qualities and that they decided to pick me up and bring me here," he says.

Mensah scored 12 league goals for Aluminij in the 2017-2018 season, and contributed greatly to the club avoiding relegation.

He is expected to form a deadly partnership with compatriot and former Inter Allies captain Isaac Twum as they look to dominate the Norwegian top flight division.