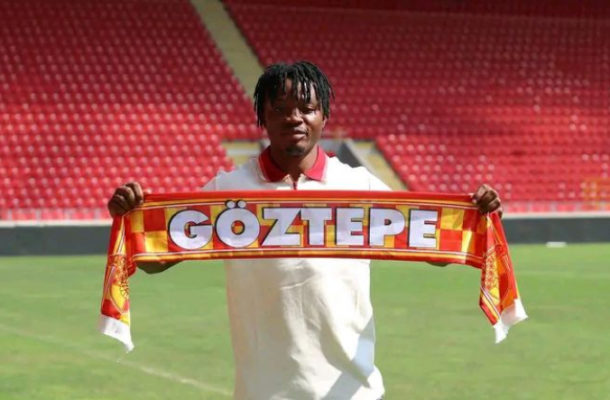 Ghanaian winger Isaac Atanga is on the move once more as the young winger has sealed a switch to Turkish second-tier- side Goztepe SK in the summer transfer window.

He joins his new side on a season-long loan deal from American side FC FC Cincinnati with an option to buy if he impresses his new employers.

The 22-year-old winger made a surprise move to the MLS last year when he joined FC Cincinnati but failed to impress as he was on the fringes of the first team.

The former Right to Dream Academy graduate will be hoping to get his career back on track at the Gürsel Aksel Stadium.

Goztepe suffered relegation last season from the Turkish Superlig and will be hoping for a quick return to the elite division.

Atanga's new side will begin its campaign in the second tier with an away trip to Sakaryaspor at the New Sakarya Ataturk Stadium on Sunday, August 14, 2022.