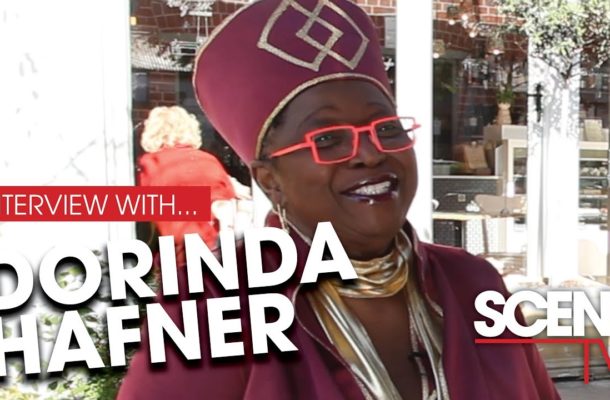 A Ghanaian woman, Dorinda Hafner, has made a big name for herself in Australia as a celebrity chef on television and believes food and music can bring all Australians together.

And the passionate foodie from Ghana, who has proudly called Australia home for 41 years, will prove it when she hosts A Taste of Africa & Iran, celebrating Refugee Week, today.

The Australian Red Cross event at the Adelaide Central Market will showcase the food and music of local African and Iranian women.

Hafner said she expects there to be “a bit of cheeky competition” between cooks.

“Every ethnic group thinks their dishes are the best but … good food has no nationality – good food is good food irrespective of its background – so I’m going to stir them up a bit,” she said.

“Come and eat, come and dance. Let your hair down, shake your bits and learn something.” The free event is on from 10am-noon.
Dorinda Hafner was born in Ghana, West Africa.

She went to Australia from England as a dispensing optician and registered nurse.

She has since worked as a storyteller, actress, dancer, choreographer, public speaker, writer and television chef.

Hafner currently lives in South Australia, but divides her time between Australia, Great Britain, and the United States.

She is the mother of media personality., television presenter and former weather presenter Nuala Hafner and James Hafner.

She was the State Ambassador for Australian Citizenship week in 1997, and has represented Australia at various Women and Earth Eco-Conferences