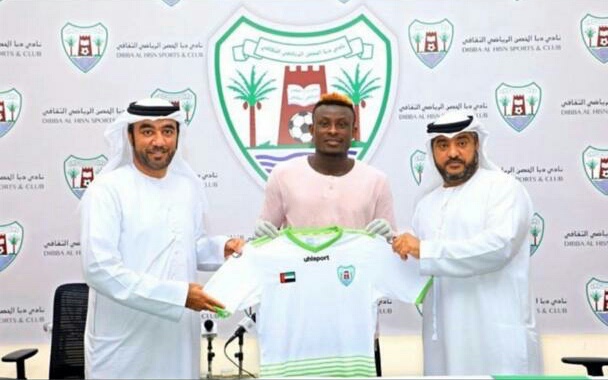 The former Dreams Football Club  midfield anchorman was announced by the club as their new signing on Tuesday morning following a successful completion of his mandatory medical.

Alhassan, 20, joins Dibba Al-Hisn from Al Wasl in the UAE Gulf league After terminating his his contract due to lack of playing time.

The former Dreams FC man featured in five games for Al Wasl in the UAE Gulf league last season before the league was abandoned due to the outbreak of coronavirus pandemic.