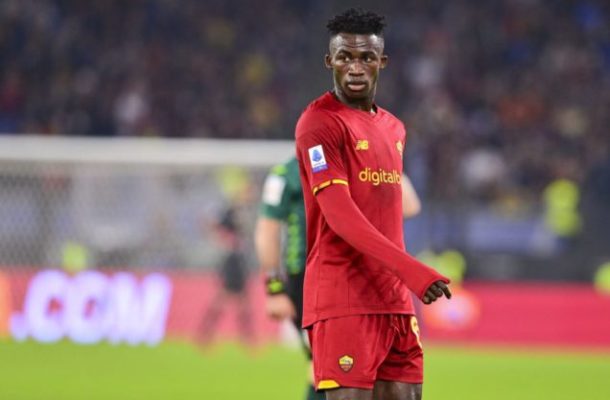 Ghanaian youngster Felix Afena-Gyan will leave AS Roma next season for good as Sassuolo is likely to be his next destination.

The 19 year old forward could start again from Sassuolo , as it has happened for many young talents who came out of the Roma youth system.

After a first positive impact with the Giallorossi shirt with a wonderful debut complete with a brace in Marassi against Genoa, the performance of the Ghanaian has gradually declined.

According to Corriere dello Sport ,  Sassuolo is likely to take off the player off the hands of AS Roma but  Sassuolo do not sign players  on loan only on  permanent basis.

General Manager of AS Roma, Tiago Pinto has put Felix Afena Gyan on the list of players due for outright transfer.

He was linked with  move to newly promoted side Lecce but Sassuolo and Salernitana are looking to sign the Ghanaian  prodigy.

The young striker scored two goals in 17 Serie A appearances last season, and won the UEFA Conference League title with AS Roma.

Afena-Gyan made his Black Stars debut in the 2022 FIFA World Cup play offs against Nigeria  at the Baba Yara Stadium in Kumasi.

He scored his first ever Ghana  goal last week in the  2023  AFCON  qualifiers  against Madagascar.