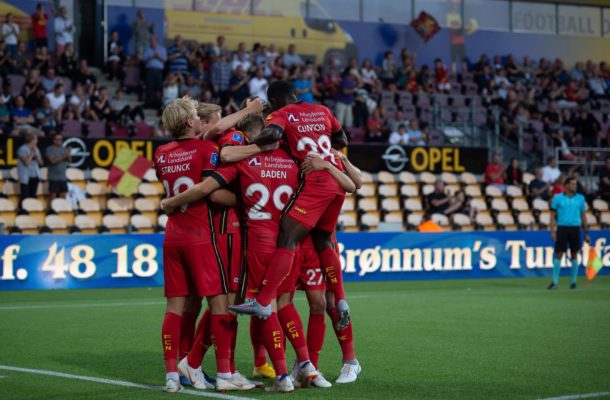 Ghanaian youngsters Ibrahim Sadiq and Clinton Antwi made their Europa League debuts on Thursday night as FC Nordsjælland beat Cliftonville 2-1 and 3-1 on aggregate at the first qualifying round stage.

Ghana U20 international Sadiq started the game and was one of the bright spots for the Danish side as they fell behind by a goal to nil at the end of the first half.

The 2017 FIFA U17 World Cup star was replaced by fellow Right to Dream Academy graduate Godsway Donyoh in the 46th minute.

Donyoh made an impact by grabbing the equalizer before an own goal late in the game by Cliftonville handed The Wild Tigers victory.

Nordsjælland will face AIK or Shamrock Rovers in the second qualifying round on Thursday 26th July at 19.45 hours.

The return leg will be played a week later on the 2nd August at 19.00 hours in Stockholm.