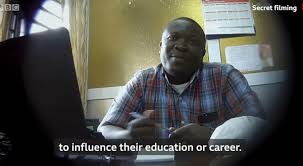 Ghanaians and Nigerians have taken to Twitter to react to the sex for grades scandal uncovered by BBC African Eye.

BBC reporters went undercover and succeeded in exposing a number of lecturers from Nigerian and Ghanaian universities who subject students to sexual harassment.

Nigerians were shocked by the story because Dr Boniface is a pastor in his 50s yet sexually harassed the undercover reporter he thought was a 17-year-old prospective student.

Also, Dr Butako's behaviour shocked Ghanaians because he is a married man.

See some reactions below: 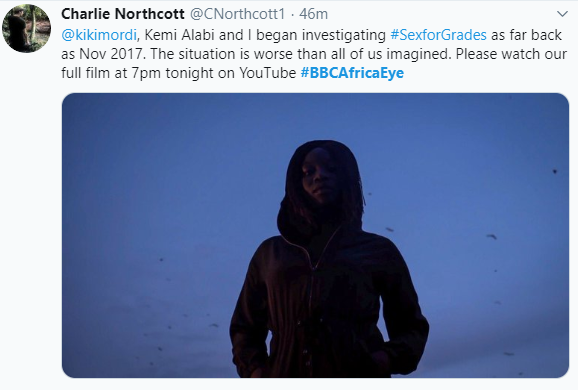 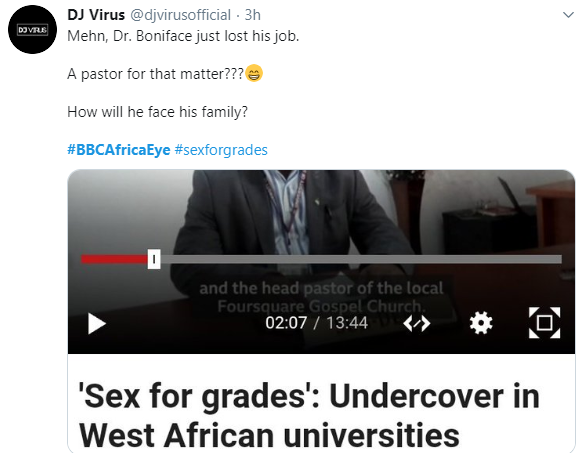 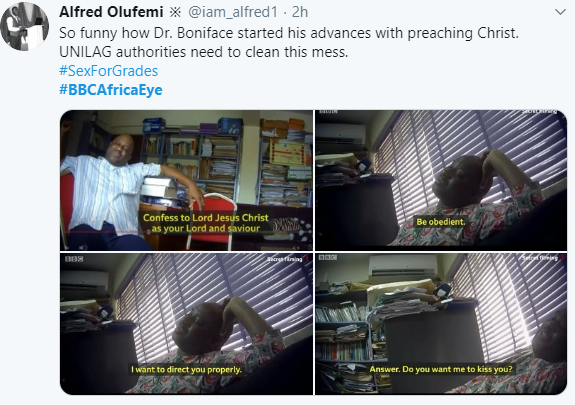 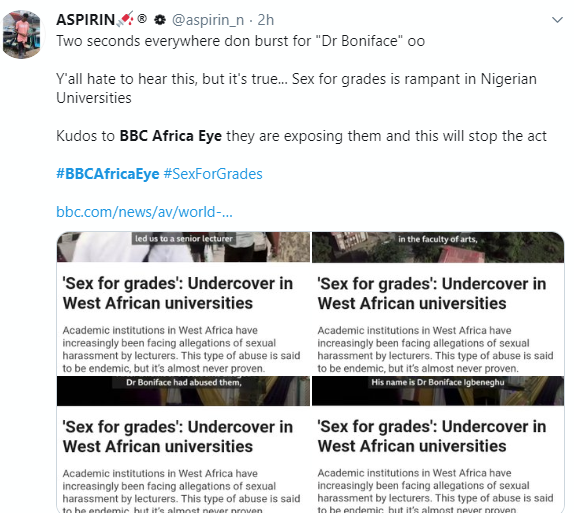 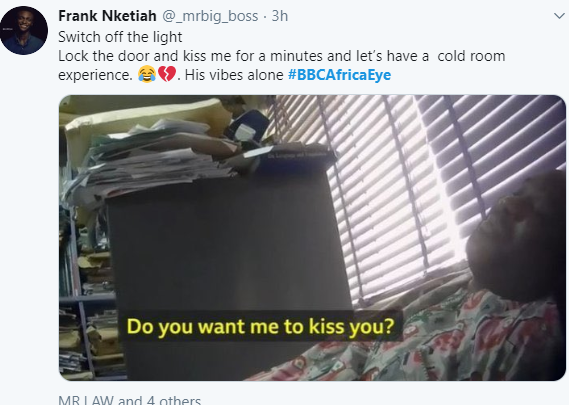 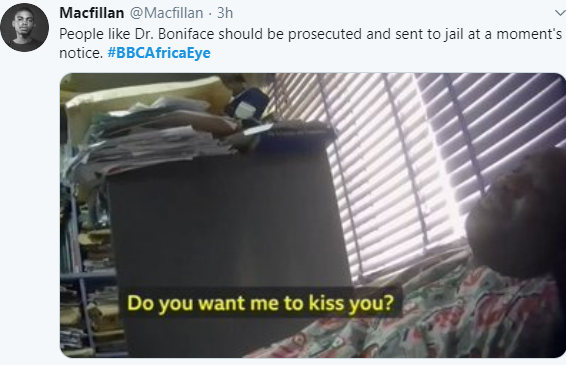 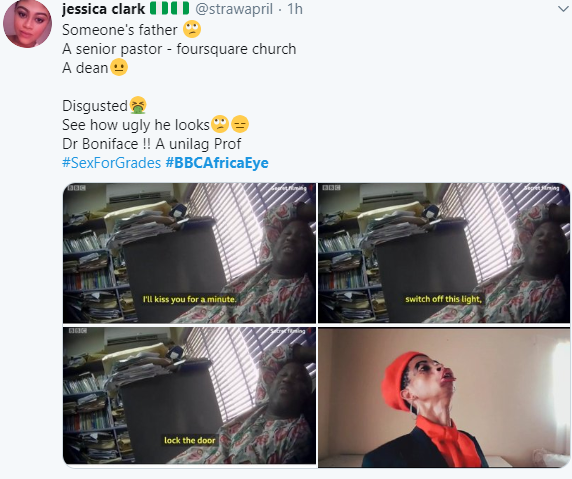