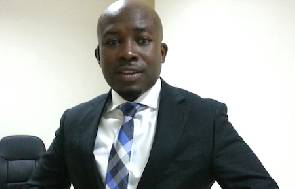 The Chief Executive Officer of Chamber of Bulk Oil Distributors says it is a matter of cost that fuel providers in Europe supply Ghana with fuel which has been described as toxic.

Senyo Hossi says if Ghanaians don’t want to pay 10-ppm price for fuel, they should expect to be supplied with what they can afford.

A global report has uncovered the flooding of Ghana’s market with toxic fuel that is threatening lives and destroying cars.
According to the report, the fuel imported into Ghana mainly diesel is seriously toxic sometimes to the extent it is 2000 times worse than the standards accepted in the EU and the USA.

This has been linked with several respiratory illnesses and car malfunctioning.
However, Mr Hossi said, “Nobody has hidden the information from Ghana as to the existence of this quality. Everybody who runs this business and a major policy maker should have either the technical know-how about this or have people around them to tell them it is premium diesel.

“If you want the premium diesel, fix it in your standard and pay for it,” he told to Joy News’ Evans Mensah on Newsnite, Thursday.
He said Ghanaian authorities in conjunction set the standard with the Tema Oil Refinery (TOR) and not the European partners.

“This was because Ghana was looking at what TOR could produce economically and sustainably. BDC does not do that standard and we do much better than that,” he said.

Regarding serving their client’s well in terms of being corporately responsible, he said the BDC are doing much lower than the regulations are asking for.

“I cannot reduce to 500-ppm in a way that makes me make losses sustainably, I will run down the banks in this country…and it is not business before lives because we are actually doing fair and responsible business as at now,” he added.