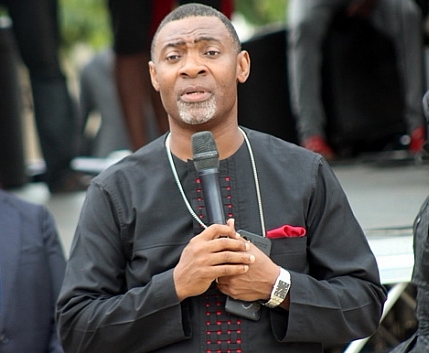 Economist and international evangelist, Rev Dr Lawrence Tetteh has admonished Ghanaians to stop being too critical of each other since it can retard the growth of the country.

He has therefore advised that people develop love for one another and unite for the common good.

Dr Tetteh gave the advise at the burial service of dancehall artiste Ebony Reigns at the forecourt of the State House in Accra on Saturday, 24 March 2018.

Ebony was widely criticised while alive for her fashion sense as her crtitics said she resorted to a lot of nudity to promote her craft. However, good stories about her continue to flood social media following her death exposing the hypocrisy of some of her critics.

Speaking at her burial service, Dr Tetteh said: “We are developing an attitude in Ghana that will not help us develop as a nation. We’re becoming too judgmental and we are capitalising on peoples pain to either score spiritual points, political points or seniority point and that is wrong, it is not right.

“We are becoming so judgmental that today in Ghana there are people including pastors who didn’t think Lawrence Tetteh should come and identify with this, but who should do it?

“Many years ago, Jesus asked the Pharisees and the people attacking that he who is without sin should first throw the stone.

Ebony died at age 21 in a gory accident on the Sunyani-Kumasi road while returning to Accra from Sunyani on Thursday, 8 February 2018.

Her childhood friend and Personal Assistant, Franky Kuri and one Air Force official, Francis Atsu Vondee, who posed as a bodyguard also died in the car crash.