Ghana’s Albert Adomah on the radar of Birmingham City 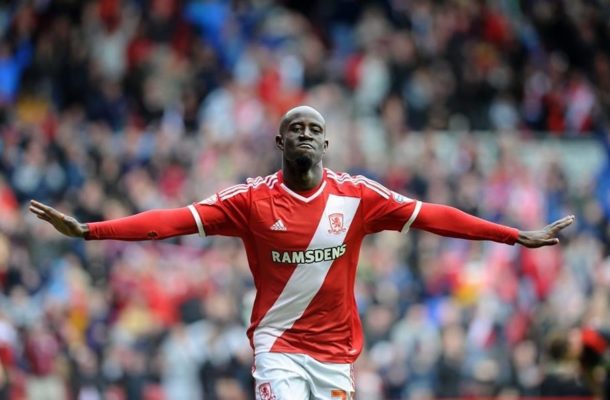 Manager of championship side Birmingham City, Aitor Karanka has expressed interest in Ghana's Albert Adomah as he looks to boost his attacking options ahead of next season.

The Wingman's current contract with fellow championship side Nottingham Forest expires on June 30, 2021 and he could be on his way to the “Sky Blues” this summer.

Adomah worked with Karanka previously at Middlesbrough and media speculations suggest that the Spanish manager has identified him as one of five players that could boost his chances of topflight promotion.

Talks are expected to start within the coming weeks between the two clubs about the availability of the Black Stars attacker who is valued at around £1 Million.

Adomah played for Cardiff City on loan this ended season where he made 33 league appearances, scoring twice and providing three assists in the process.