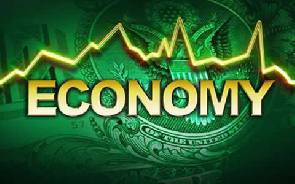 A renowned Economist and Lecturer at Kumasi Polytechnic, Mr Kusi Boafo has backed the findings of CDD that the economy of Ghana is nothing good to write home about as every economic indicator shows that the country is in difficult times.

According to him, the government of Ghana has even conceded that the economy is not in good shape; thus the country lacks credibility and trust, which is why the government has to accept IMF Conditionalities and sign onto extended credit facility for 3 years.

Speaking on Okay FM’s 'Ade Akye Abia' Morning Show, Mr. Boafo indicated that, once government has signed onto the Extended Credit Facility (ECF), it means that the economy has a protracted need of economic fundamentals.

“Every available economic indicator shows that we are in difficult times because when you look at it critically, we have weak economic fundamentals. And so every program we introduce in the country, funding and sustainability will be difficult for us,” he averred.

“Inflation is not better, even though there is little improvement. As a country, if inflation is around 18.4 percent, it means that it will worry investors and planning,” he added.

He further stressed that “policy rate is 26 percent in Ghana and same in Ivory Coast is 3.5 percent. In fact, when you look at interest spread in Ivory Coast, it is below 11 percent but in Ghana, interest spread can rise up to 45 percent for some financial institutions and the traditional banks, it is 30-33 percent which is worrying.”

He however asserted that in the whole world, aside Zambia, Ghana is the next country with high interest rate, making this a dangerous trend; therefore describing it as non-investment interest rate.
 
“No country’s interest rate has reached this level and expects to see an improved economy,” he emphasized.

Dealing with the total capitalization of Ghana Stock Market, Mr Kusi Boafo said it is down by Ghc2 billion for the past 4 years; showing that on the average, anybody listed on Ghana Stock Market and bought shares has witnessed decline in the value of shares.

“How can the private sector survive in a country like that? This is difficult for the private sector to compete with foreign goods as cost of production is expensive due to unavailability of loan and frequent power outages. This is why manufacturing is growing at negative; it was negative in 2015 and all these show that the economy’s ability to create jobs is down.”

He again mentioned that the country is also witnessing deteriorating arrears in almost every aspect of the sectors to the tune of over Ghc13 billion; thus this means the economy is crippled.