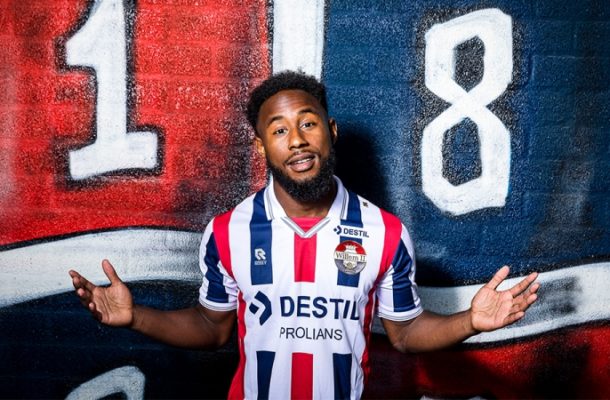 The Dutch Eredivisie club announced the acquisition of the 20-year-old budding attacker on Monday after he successfully completed a medical examination.

Yeboah has joined the Tricolores lads on a three-year deal from German Bundesliga club VfL Wolfsburg for an undisclosed fee.

He is not new in the Dutch Eredivisie after spending last season on a loan at VVV-Venlo where he scored one goal in 18 matches.

The 20-year-old forward joined Wolfsburg youth team at age 15 and rose through the ranks of the club to feature for the senior team on three occasions.

Yeboah could still swap Germany for Ghana at the international level despite featuring for the U16 ,U17, U18 , U19 and U20 teams of Germany