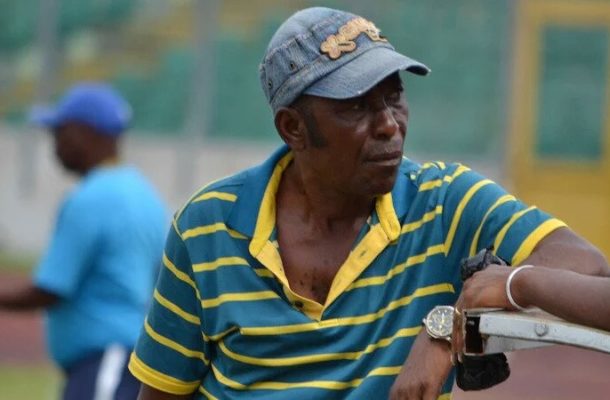 Veteran Ghanaian coach, J.E. Sarong has passed his verdict on the performance of the Black Stars B in the just ended WAFU cup of nations in Senegal.

Ghana's quest to defend the title they won two years ago was a last minute blow when host nation Senegal edged them out on penalty shootout in the final of the Competition after a 1-1 stalemate on Sunday.

Speaking on Ash FM on Monday, Coach Sarpong stated that he wasn't surprise about how events unfolded in Senegal.

"I wasn't surprised Ghana got to the finals but it would have been disastrous to go out of the WAFU Tournament in the group stage because we were the title holders", the veteran trainer said.

"Senegal deserves to win the WAFU Tournament because they played better than Ghana in the finals", he added.

Ghana's shambolic record from penalty shootout continued in Senegal when the Black Stars B missed three out the four kicks they took against Senegal.

However Coach Sarpong believes that Penalties must be taught because to prevent any further heartbreak.

"We must teach our players how to take penalties because it has been costing us in most of the competitions we go", he said.

Coach Sarpong also singled out three players for praises after an impressive showing in the west African football showpiece.

"Our players played well but for me,Joseph Esso,Eric Ofori Antwi and Shafiu Mumuni were the exceptional players in our team", he said.

"The Coach did his best so we shouldn't push the blame on him....in general,the team did well so let's applaud them", the veteran trainer concluded.