Ghana's Programme With IMF Is The Last - Prez Mahama 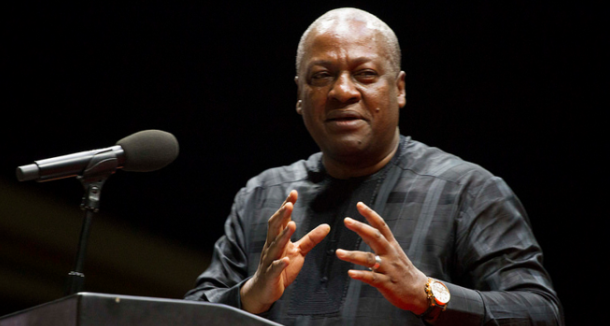 He hinted that Ghana would wean itself of the Fund’s support at the end the current three-year programme signed with the Bretton Woods institution.

He was addressing the 10th quadrennial delegates’ congress of the Trades Union Congress (TUC), which is being held under the theme “Building workers power for decent work and national development”, in Kumasi.

The event would see the election of a new Secretary General as the incumbent, Mr. Kofi Asamoah, has served out his term of office.

President Mahama said the government was determined to use home-grown solutions to address the fiscal challenges and grow the economy.

He acknowledged the partnership of the TUC in resolving labour disputes and pointed out that dialogue and consensus building had always been vital to amicable settlement of disputes.

He urged organized labour to maintain the collaboration to make Ghana a competitive destination for investment and job creation.

President Mahama gave the assurance that his government would continue to work hard to make things better for workers.

He repeated that no worker of the Electricity Company of Ghana (ECG) would lose their jobs after the privatization of the company.

Mr. Asamoah indicated that though there had been some success story, the cost of living had increased dramatically as a result of increases in taxes, levies, utility tariffs and fuel prices.

He stated that the economic prescription of the IMF was not working and that Ghanaians were getting poorer each passing day.

He therefore urged the government to abandon the IMF programme and revert to the home-grown Senchi consensus, adding that, “IMF programmes have never worked anywhere and they will not work here”. Source: GNA