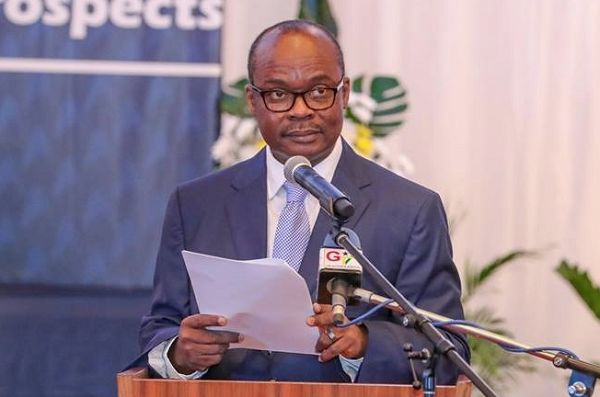 Governor of the Bank of Ghana, Dr Ernest Addison

Ghana's public debt stock has ballooned to GH¢ 200 billion this was made known by the governor of the Bank of Ghana (BoG), Dr. Ernest Addison, on Friday July 19, 2019, during a press conference in Accra.

The minority in Parliament last month cautioned the debt stock had reached a staggering GH 200billion cedis last month but the Central banks governor , Dr Addison has downplayed the seriousness of the situation saying our debt stock is sustainable.

"Within a very short period between April and May If you look at the nominal total debt stock is derived, part of it will reflect exchange rate movements during the period so valuation plays in important role when you they see changes in nominal debt stock because of the dollar value of our external debt stock"

"Ghana's debt stock is sustainable but our assessment is contingent on very high rate of growth and is also contingent on certain assumption about interest rate and exchange rate."he concluded.

Meanwhile, he announced that the Bank of Ghana has decided to maintain the policy rate at 16 percent, revealing that there was increased confidence in the banking sector