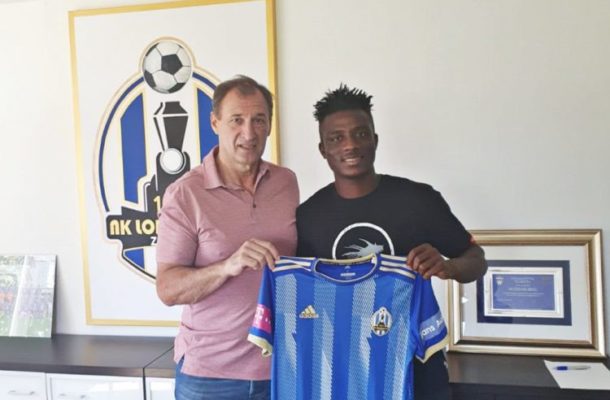 Ghanaian midfield gem Rueben Acquah is set to make his debut for Croatian side Locomotive Zagreb on Thursday after making the cut in his new side's traveling party to Sweden for their UEFA Europa League third round qualifying match against Malmo FF.

Acquah is yet to feature for his new club since completing his move but the former Liberty Professionals man has been named in his team's squad for the important Europa League tie on Thursday.

Locomotive will need to overcome Jon Tomasson's Malmo FF to stand a chance to of booking a slot into the group stage of 2020/2021 Europa league competition.

Acqual moved to Locomotive Zagreb from LASK Linz on a four-year deal for an undisclosed fee.

The highly-rated midfielder's failure to complete his documentation in the Eastern European nation led to a delay in his debut.

However, the startling midfielder is now clear to kick-start a new challenge of his career fpr his new club.
Reuben Acquah, who arrived in Europe in 2016 after a spell in the Ghana Premier League with Liberty Professionals, has spent the majority of the past four years in Austria before moving to Croatia.