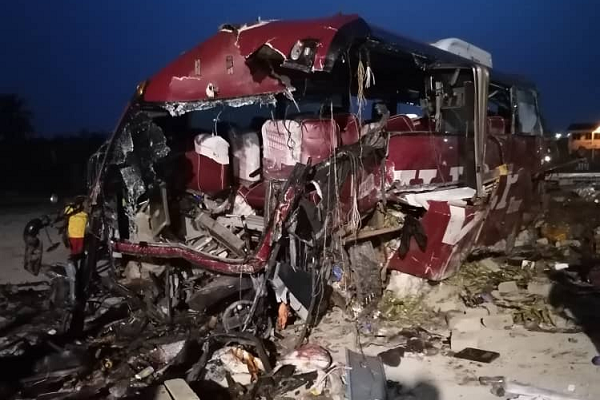 Much has been written about the crashes, congestion and pollution on Ghana’s roads. Road injury is among the top 10 causes of deaths in the country. One report suggests that about $230 million is spent annually on emergency and trauma care associated with motor accidents alone.

What’s not so well known, though, is the way systemic factors have moulded the road transport sector into its present problematic form. Inherited colonial systems and externally imposed policies, combined with local conditions, have entrenched the sector’s problems.

I set out to investigate the colonial, neocolonial and imperial roots of Ghana’s road transport misery, using media, scholarly and institutional sources of information. Building a safe and sustainable road transport sector requires understanding the root causes of the present problems.


When Ghana’s economy tumbled in 1983, the military government at the time approached the International Monetary Fund and the World Bank for help. The help came with the condition of “structural adjustment” of Ghana’s economy. Most developing countries that applied for support from the World Bank and IMF were made to sign on to similar programmes.

Structural adjustment reforms involve a series of economic interventions. But in Ghana – and elsewhere – the underlying idea was that governments should no longer provide public goods. Privatising many government enterprises would reduce spending and balance the budget, along with making markets more competitive.

These reforms affected road transport in Ghana in untold ways. First, the withdrawal of the state created room for the private sector to be even more involved in transport service delivery.

However, while the tro-tros (minibuses) and okadas (motorcycles) offer flexible and generally affordable services, high unemployment and lack of labour protections in the sector allow vehicle owners to exploit drivers by imposing high daily revenue targets on them.

These factors, together with the general level of hyper-competition in the commercial passenger transport sector and police corruption, create conditions for dangerous driving behaviour to thrive.

Structural adjustment also contributed to the heavy importation of old used cars in Ghana. Research shows that prior to the IMF and World Bank measures, car importation volumes were modest.

The liberalisation of the economy reversed the trend and opened the floodgate for heavy importation of cars. But only a few of imported cars in Ghana are brand new. The majority are often second-, third-, fourth-, and even fifth-hand cars. Research has shown that ageing vehicles are not just highly polluting, they are also highly prone to malfunctioning and, therefore, crashes.

Traffic congestion is another persisting road transport problem in Ghana. It too, has colonial and imperial roots. The reforms attracted enormous private capital investments to Ghana. The problem, however, is that Ghana’s elites have failed to dismantle, and have actually deepened the discriminatory pattern of spatial investment constructed by the British colonial government.

This pattern of spatial investment which favours the south has led to the development infrastructure to support businesses to make profit in that part of the country. And since investors usually want to establish businesses at places where infrastructure exist for them to maximise profit, almost all the investments structural adjustment attracted were directed to the already developed southern industrial enclaves–particularly Accra, Tema and Kumasi.

This on its own should not have been a problem. But, once again, the Ghanaian authorities have retained the imperial planning laws and systems that separate home from work. This land-use pattern compels more travelling to the cities where businesses, jobs, services and trade are concentrated. The result is that, in places like Accra, drivers and passengers can be held up on the road for as long as three or four hours to travel a few kilometres.


My study proposes interventions that could tackle the myriad of factors that have entrenched a heavy reliance on cars, dangerous driving and unduly long travelling times.

Such interventions could include:


These interventions and others, at a wider societal level, would do more to improve road transport experience in the country than the current public policy of declaring “wars” on so-called undisciplined drivers.