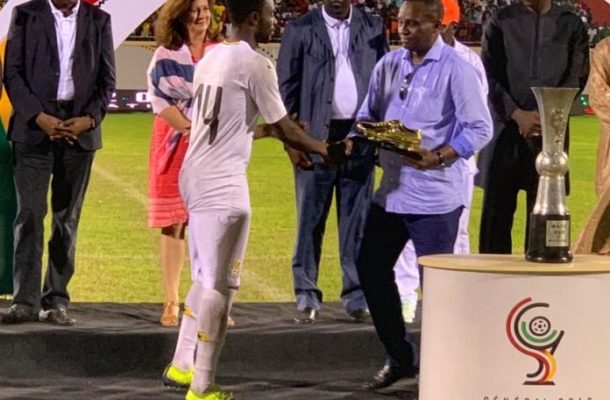 Ashanti Gold SC attacker banged in four(4) goals in as many games including a record breaking hat trick against Ivory Coast in the 3-1 win in the semi final of the competition.

Shafiu's other goal of the tournament came in the form of an equalizer in 1-1 draw with Burkina Faso, a game Ghana eventually won on Penalties.

The 24-year old, who has been on red hot form for both club and country since the start of this year, has been a subject of transfer interest from many foreign clubs, following his exploit in the competition.

Ghana lost 3-1 on penalty shootouts against host nation, Senegal in the final after the regulation time and extra thirty minutes had ended in a 1-1 stalemate.

Mumuni becomes the second Ghanaian footballer to win the golden shoe award after Stephen Sarfo won it two years ago.