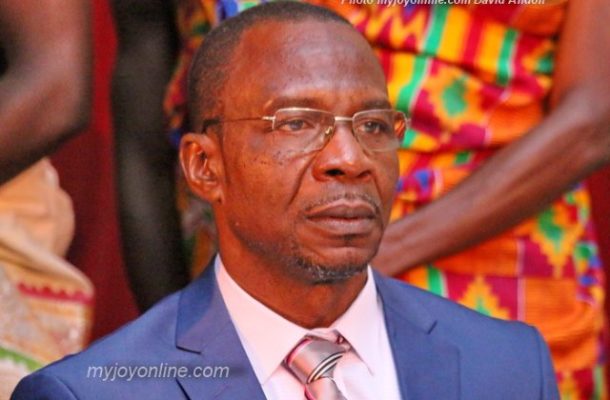 The Ghana Journalists Association (GJA) says it has referred a reporter of Accra FM, a radio station based in the capital, to the Criminal Investigations Department (CID) of the Ghana Police Service.

“Nana Okyere Gyampa, is alleged to have persistently demanded ﬁve million cedis from the Managing Director of the Electricity Company of Ghana (ECG) as a condition for dropping a ‘negative story’ against the company,” a GJA statement said Wednesday, November 14.

The statement which was signed by GJA President, Affail Monnie, says the Association has conducted preliminary investigations into the matter a day earlier.

According to the GJA, Okyere Gyampa admitted demanding money from the ECG Managing Director.

“He, however, did that…in order to compel him to end alleged malpractices at ECG,” GJA said.

The statement added however that the reporter could not tell whether he had cross-checked his information.

“After the interrogation, Nana Gyampa again sent a WhatsApp message to the ECG MD today (Wednesday, November 14, 2018) in which he threatened to go ahead to publish damaging stories against the ECG boss as punishment for leaking to the GJA the demand he made,” the statement said.

“The Association ﬁnds the behaviour of Nana Gyampa, before, during and alter its investigation as unrepentant, arrogant reprehensible, unacceptable, mercenary and a clear breach of…GJA Code of Ethics which states that a journalist “ does not accept a bribe or any form of inducement to inﬂuence the performance of his or her professional duties”.

The CID must, therefore, investigate the case further and allow the law to take its course, the statement added.
Source: myjoyonline.com