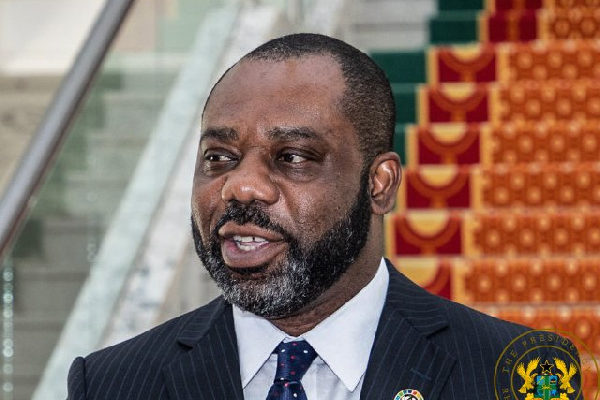 While the Ghana National Petroleum Corporation (GNPC) is in Parliament attempting to raise sovereign loans amounting to US$ 1.3 billion to secure some 70% stake in the South Deep Water Tano (SDWT) and a 30 per cent stake in DWT/CTP lucrative crude oil blocs from the Norwegian company, Aker Energy, the Energy Minister Dr Mathew Opoku Prempeh is telling partners in the oil field that GNPC has the financial capacity to pull off the deal.

In a letter addressed to the Russian Lukoil which has a significant stake in the licence and participating interest of the DWT/CTP, Dr Opoku Prempeh stated: “We can confirm that GNPC has the necessary financial backing and technical competence to acquire the stakes under discussion and to participate in the operator company which will remain unchanged. Accordingly, the suspicion that the project execution and schedule will be put at significant risk by the proposed transaction, as suggested in your letter, will arise.”

The Energy Minister was responding to an earlier letter of complaint from Lukoil which was pissed at the fact that the deal by the government of Ghana to buy off a significant stake in Aker’s DWT/CTP was done on its blindside.

In a letter with reference number UP-82, Lukoil wrote to express its utmost outrage at the Ghanaian government discussing the Aker Energy deal without involving it. In a nuanced threat of possible repercussions, Lukoil threatened to be put on the negotiation table.

“…LUKOIL would like to express its concern about the planned significant changes both in the financing of the DWT/CTP project and its operation, taking into account the fact that LUKOIL, being one of the main partners in the DWT/CTP project, with 38% License Interest and 42.22% Participating Interest, has not been aware of and engaged in discussions about the plans of its partners to sell the stake and change the operatorship,” wrote Ivan V. Romanovsky, LUKOIL’s Vice President for the Americas, Western Africa and Europe.

The Energy Minister had boasted of GNPC’s good standing while attempting to assure Lukoil that its interest would not be varied arbitrarily and that “at the appropriate time” the government will engage with the Russians.

However, critics are wondering that if GNPC was that buoyant, why it is seeking a sovereign loan rather than a commercial loan for its limited liability exploration subsidiary Explorco.

Also, the amount loan being asked of Parliament to approve constitutes extreme pressure on an already debt-weary and cash-strapped Akufo Addo administration.

The humongous debts accumulated by the government have made it difficult for it to accommodate some of its priority policies, like the Free Senior High School programme that is gradually failing, as well as the inability of the government to finance critical infrastructural projects.