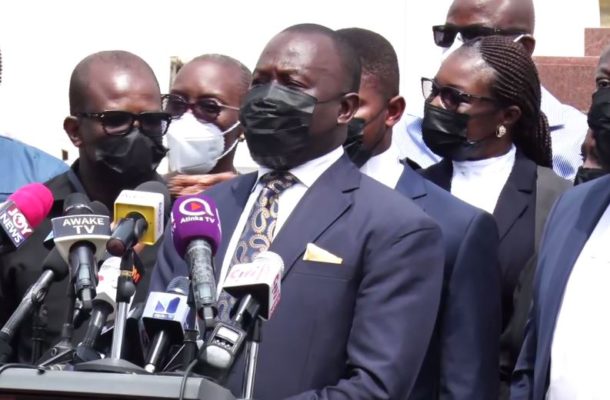 The Supreme Court has rebuked former Deputy Attorney General, Dr. Dominic Ayine who was cited for contempt of court.

Dr Ayine is reported to have accused the seven-member Supreme Court panel hearing the election petition case of having a “predetermined agenda” to rule against the petitioner, John Dramani Mahama.

He was thus summoned before the Supreme Court on Monday, February 22, 2021, days after making the contemptuous comment.

“You have been summoned here by this court to show course why you should not be committed for contempt because on February 16, 2021, you made certain comments that were very scandalous to the court,” Chief Justice, Kwasi Anin-Yeboah, said in court.

A remorseful Ayine, acknowledged in court that he “crossed the line” and appealed to the court for clemency.

He also said he had written to the Supreme Court to officially render an apology for the said comments.

He was thus directed by the apex court to use the same medium he used in making such comments to retract and apologise.

“This is the order of the court. We accept the apology of the counsel for the contemnor, but we however order that the contemnor purges his contempt by retracting the scandalous statements on the very same medium before Thursday, February 25, 2021, when the court will reconvene to hear the contempt case,” Chief Justice Anin-Yeboah directed.