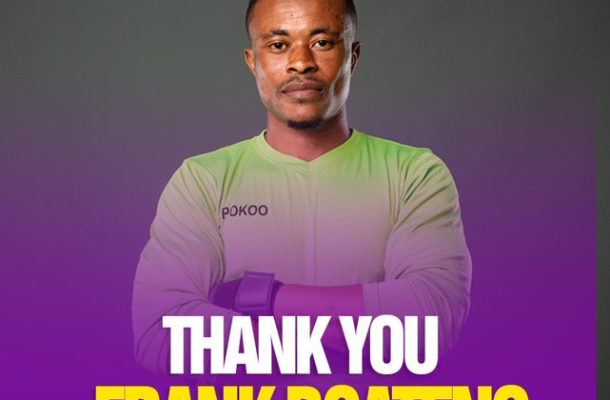 Ghana Premier Leagueside King Faisal have acquired the services of error prone goalkeeper Frank Boateng after he was cut loose by Medeama.

The goalkeeper has signed a two year contract with his new club after both parties reached an agreement.

He joins the club on a free transfer after he mutually parted company with Tarkwa based Medeama SC  after the end of the 2020/2021 season.

After barely ten months with Medeama, the 27 year old shot stopper was shown the exit by the club after a below par performance.

Boateng had been inconsistent for the Tarkwa based club but what broke the camel's back is that blooper in the MTN FA Cup semifinal clash against Accra Hearts of Oak.

The goalkeeper came out of his area to deal with a long pass from Frederick Ansah Botchway but succeeded in only kicking the air as Hearts scored their second goal.

King Faisal acquired Danlad Ibrahim from Asante Kotoko in the second round of the 2020/2021 season but has returned to his parent club so the former AshGold goalkeeper is expected to replace him.

Frank Boateng made 18 appearances for Medeama in the just-ended season where he conceded 15 goals.