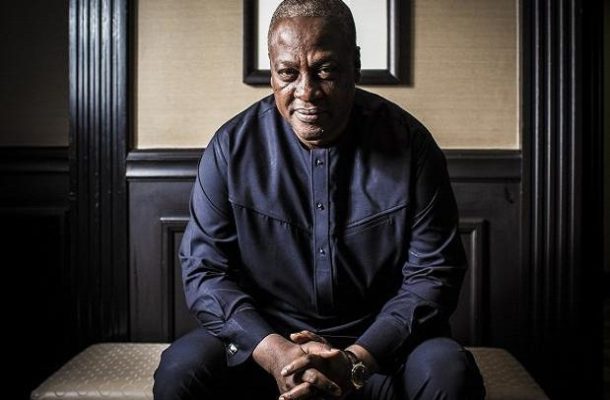 Ashanti Regional Chairman of the ruling New Patriotic Party (NPP) has said that God humiliated former President John Mahama at the 2016 polls because he was acting like Biblical character, ‘King Nebuchadnezzar’.

Bernard Antwi Bosiako popularly known as Chairman Wontumi said Mr Mahama who took after King Nebuchadnezzar during his time as President and subjected Ghanaians to untold hardship. This act, he claimed was in-line with the attitude of his ‘mentor’ King Nebuchadnezzar.

President John Mahama was humiliated in the 2020 polls. He polled 44.40% of valid votes cast while his closest rival, Nana Akufo-Addo polled 53.85%.

Many political pundits cited the crippled socio-economic conditions in the country under President Mahama as a major contributing factor to his defeat.

Chairman Wontumi who subscribes to this view speaking on Adom FM’s Morning Show, ‘Dwaso Nsem’ attributed former President Mahama’s defeat to the “finger of God which was at work”.

According to him, a divided party like the NPP could not have won the elections if God has not won the battle for them.

“We went into the election with the slogan, the battle is the Lord’s and we won. The NPP was divided from the top and the regions were not that strong but we relied on God, fought and won,” he stated.

The Ashanti Region NPP Chairman said there was no way the NPP could have won the elections against a ‘dead goat President’ who had the backing on the Electoral Commission.

Chairman Wontumi indicated that, the NPP and Ghanaians in general have every cause to praise and thank God because “our Nebuchadnezzar was defeated in 2016”.