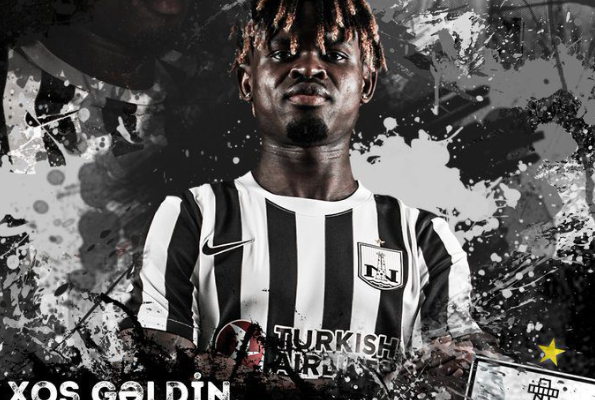 Donyoh departs Israeli side Maccabi Haifa as a free agent after both sides failed to renew their contract.

The former Manchester City youngster has signed a two year contract with his new side Neftchi Baku.

He is expected to join his new teammates for pre-season training in the coming weeks.

He leaves Israel after winning the League title, the Israeli Cup and the Super Cup and was one of the best players for the Ligat Al side.

Donyoh, 27, has in the past played for Djurgadens and Falkenberg in Sweden before spells in Germany with Dynamo Dresden and FC Nordsjaelland in Denmark.

Last season he helped his side win the Israeli league title for the first time in ten years, the Israeli Cup and the Super Cup.

He has scored five goals in 37 matches across all competitions while providing four assists for his side.