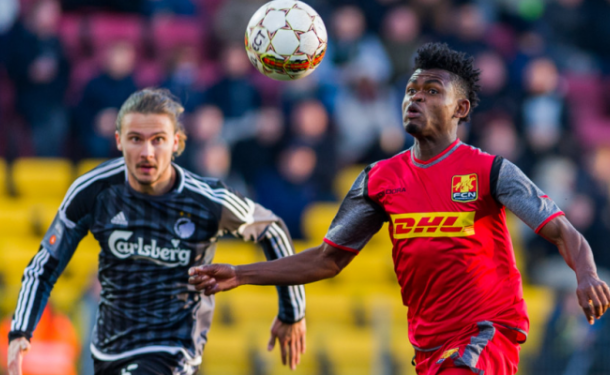 Ghanaian striker, Godsway Donyoh is set to return to return to parent club FC Nordsjaelland but only for the tene being.

This development was made known by his agent Michael Johansen in an interview this week.

Donyoh played the just-ended season on loan at Dynamo Dresden in Germany but he could not aid their survival as they suffered relegation from the second-tier.

The in-demand talented forward has since returned to his parent club with one -year left on his contract and his representative has emphasized he will stay as they wait for offers.

“Right now the plan is for him to be in Nordsjaelland. At least until something else pops up. Not much has happened in the market yet and that is why we are patient. Then we have to see what happens and what the different ones do, “Johansen told tipsbladet

Johansen stressed that his player is on vacation as the transfer market starts to be more intense.

“We have not reached that far. It must be finished first. He has been on holiday for a while, and he will be a little more so while the last three or four rounds are played.” He added.