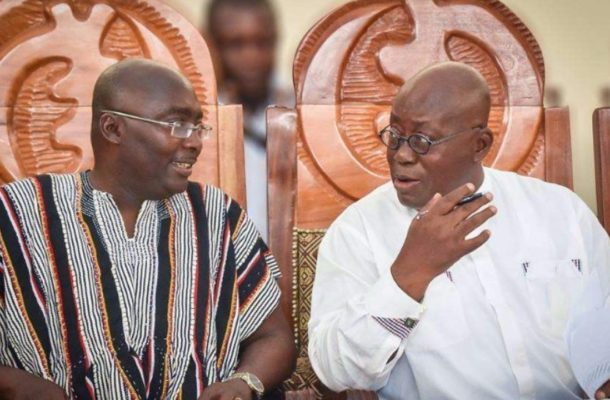 Hon. Collins Dauda was appointed as a Minister of state in charge of Works and housing in the year 2013 after Hon E.T Mensah in the same year.

In the year 2012, the then Minister Hon E.T Mensah went into a contract for and on behalf of the state and parliamentary approval was given somewhere October 2012 to build a 5000 Unit Saglemi housing project.

On the floor of Parliament on that faithful day as captured in the parliamentary hansard dated 31st October, 2021 ,some members of parliament including Npp Mps then the minority even wondered if the $200million could build a 5000 housing unit but was told by the then Minister Hon E.T Mensah on the floor that,the Brazilian were coming with a new technology which could help in that.
Let me quote from the same hansard what Osei kyei Mensah Bonsu said about cost,
"Mr Speaker, if one is talking about the cost of a unit of a flat and one is saying to us that, the average cost for one is about US$40,000, I am not too sure that maybe, on the face of it, one would say it is too expensive. But Mr Speaker, we are told that the cost supplied to us excludes the cost of land, the cost of infrastructure and other amenities. Mr Speaker, that ordinarily consolidated should add more than one-third of the cost to it. The cost of land, infrastructure and amenities should be between one-third and one-half of the cost that is given to us. So that if we are told that a two-unit bedroom is going to cost us US$29,000, the total, everything consolidated, we should be looking at something in the region of about US$40,000 for two-bedroom facility. Is that all right for us? That is why we should be questioning,"
This indicate that,even the then minority new the amount could not built the 5000unit as stated in the contract.

In the said contract, the government of Ghana was to provide some infrastructure like roads, electricity, drainage, sewage etc to make the place habitable.

The contract Hon E.T Mensah signed, was to be in 4 phases and this is what he the minister said on the floor of Parliament relative to how the project was to be executed as captured in the 31st October, 2012 parliamentary hansard column 4,5,6.
"Mr. Speaker, this issue about taking $200m,let us put this thing in the right perspective. This company we have said has been in existence in 6months and they have entered into an agreement with Ghana Home Loans.Ghana Home loans has also examined, this is because they will be off takers.
The houses will be built,we are not building all the 5000units at a go but over a period"
This indicate that,in the agreement signed by Hon E.T Mensah, he agreed for the project to be in phases and in this case, four(4) phases.

After the approval by parliament, Hon E.T Mensah went into agreement with the contractor on the 4th Jan, 2013.
In this agreement Hon. E.T Mensah and other three(3) People were those who appended their signatures to it.
1. Alhaji Ziblim Yakubu-Chief Director of the Ministry
2. Josma Freh- A Business Development Manager
3. Andrew Klocan-Executive Chairman at Constitora OS Ghana.

After all, government representatives led by Hon. E.T Mensah realising they were not getting monies from government to execute the infrastructure to make the place habitable, decided to incorporate those infrastructure into the contract. With it inclusion,they were still going to work within the $200million to provide the agreed 5000unit housing and the reason there was no need to go back to parliament. In such instances, one can only seek parliamentary approval if they were going to over spend the budget and to request for extra funds but were as the contract sum remains intact to execute same agreed unites,there was no need for the ministry to go back to parliament.

In including the government commitment into the contract, there was the agreement that,they build the first phase,sell and use the proceeds to build the second phase and it moves like that until all the phases are completed. Self financing as experts will say. All these were still under the leadership of Hon E.T Mensah as the minister before Hon Collins Dauda will be appointed to take over from Hon. E.T Mensah.

Hon Collins Dauda upon assuming office,approval had been given by parliament, agreement had alreay been signed by Hon E.T Mensah as the Minister and the agreement to include the other infrastructure being the roads,electricity, sewage, drainage and other ancillaries into the contract had also been done by Hon. E.T Mensah including the contract to be executed in 4 phases as well.

Upon the issuance of the performance bond as a guarantee to the project by the contractor and any monies that will be allocated to the contractor, Hon Collins Dauda saw to the approval of $90m as mobilisation and that was the only money Hon Dauda supervised during his term as the minister from 2013 to April 2015 he left the Ministry. Even with that amount($90m), it was signed by the Chief Director of the Ministry who under this government led by *Hon Atta Akyea has also approved for the payment of $5.6m to this same contractor.

Why will same Chief Director sign for approval of funds to be paid to contractor under two separate ministers and one is held liable?

Why will Hon Collins Dauda see to the payment of only $90m and is alleged for causing financial lost to the state to the tune of $200m?

Hon Collins Dauda as a Minister in his wisdom and trying to provide housing to Ghanaians at the earliest time,went ahead to amend the contract he came to meet but maintain about 99% of the agreement.He only changed the number of contract phases from 4 to 3 so the project can be completed earlier than scheduled but still under the $200m with the first phase being 1502units, second phase also 1502nuits and the last phase being 1996 units and also because the initial contract did not have the commencement and completion date in it,in his amended contract, he included date of commencement and completion . These were the only things Hon Collins Dauda added and amended in the entire document.

Also, Ghanaians must bear in mind that, all monies were lodge in a Brazilian bank and not even Ghana and nor any individual had control over those monies.
In monst contracts,the consultant for the client will always have to certify the volume of work executed and give approval for payment to be made when certificates are raised by the contractor.
In this Saglemi Housing contract,the consultant was AESL but in the wisdom of the demons and principalities the consultant who served as the supervisory body for government and approved for all payments to be done after satisfying themselves with the work done, are lost in the equation including Hon. Atta Akyea who was the last supervisory Minister who saw to the payment $5.6m to the same contract on the same Saglemi housing project.

In all these,if not demons and principalities who are going after Hon Collins Dauda, then what else?
Will also take this opportunity to urge Hon E.T Mensah to do a retrospection on the Saglemi Housing Project he signed under John Mahama as the president from somewhere June 2012 to January 2017 before he continues to speak because his interview on Good Evening Ghana on the 3rd August, 2021,was misleading and lack merits.