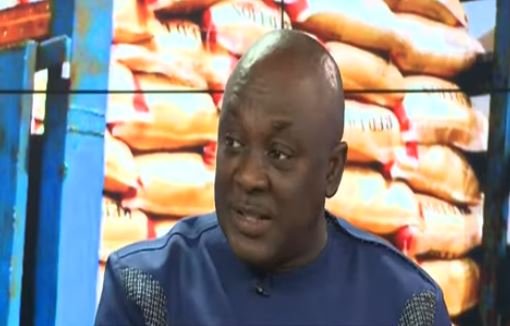 Deputy Minister for Trade and Industry, Carlos Ahenkorah has rejected claims that government is banning the importation of cement into the country.

According to Mr Ahenkorah, what the ministry has done is to manage and find a way to discourage people from the importation of the product.

“We have managed to find a way to discourage the importation of cement…and I’m choosing my words carefully. Haphazardly, we’ve discouraged…We’ve not banned; anybody that wants to import can decide to go and import if he goes through the right channel and the right processes,” he clarified in an interview with JoyBusiness.

Mr Ahenkorah, at an event last Friday, announced that the Ministry of Trade and Industry is taking steps to curb the importation of the product, as part of measures to protect and encourage the growth of existing cement processing companies.

His statement, has, however, been misconstrued and reported to mean that the Trade and Industry Ministry has placed a ban on the importation of cement. But the Deputy Minister, who took time to come clear on the issue once and for all said, the Ministry’s decision to discourage the importation of the product is to ensure, more consumption of locally produced ones and those that are already in the market.

Mr Ahenkorah, “We discouraged people from importing because we are trying it even difficult for the locally manufactured ones to be absorbed in the system”, he explained, adding that, “If we allow the importation of cement, you can rest assured that 6.5million consumption of locally manufactured cement wouldn’t have happened”.

He added, “So basically, what we are saying is if anybody decides to come into the country to invest in cement production, if they come to us for advice, what we’ll explain to them to understand what the current cement situation in the country is; how we are even not able to absorb what the eight companies are currently producing”.

With eight processors, he explained that the country’s installed capacity for cement production was about 13 million tonnes annually, but only half was utilised, leaving an excess capacity of 6.5 million tonnes. For this reason, he said deliberate steps were also needed to ensure that the excess cement was exported to neighbouring countries.

While urging the manufacturers to maintain their prices at a reasonable level in the market, Mr Ahenkorah, said the government would not hesitate to open the floodgates for imports to compete with the local manufacturers, should they form a cartel to increase their prices without consultations.