Govt ready with security ahead of the elections — Appiah-Opong 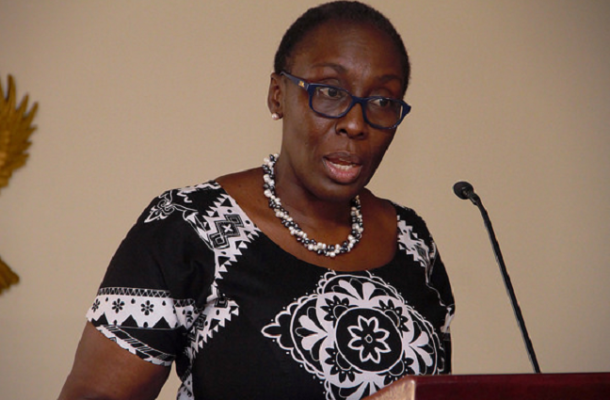 The Attorney General and Minister of Justice, Mrs Marietta Brew Appiah-Opong, has given an assurance that the government  is in a position to respond to security challenges as the country prepares for Election 2016.

She said the government had already taken all the necessary steps and intensified efforts to assist these agencies on anything that had the capacity to be a threat to security before, during and after the general election.

The three-day convention was on the theme: “Peaceful Co-existence in Our Contemporary Society, a Concern for All” and the minister, who represented the First Lady, Mrs Lordina Mahama as the Special Guest of Honour, said Muslim women should make a commitment to preach peace and tolerance to children in their communities and places of worship, in accordance with Allah’s commands.

She said Muslim women must teach their families that those who wish to follow the teachings of the Holy Quran must always display virtues of love, empathy and kindness.

The Minister of Gender, Children and Social Protection, Nana Oye Lithur, noted that political affiliation was one major challenge to Ghana’s peaceful co-existence.

However, she said to sustain and build on the country’s peaceful co-existence, respect for fundamental human rights of all persons must be ensured, while discrimination based on race, colour, sex, educational level and gender should be avoided.

The acting Ameer and Missionary in charge of Ahmadiyya Muslim Mission, Ghana, Maulvi Naeem Ahmed Cheema, observed that when a people live together despite their differences, they work towards a just, free, peaceful and democratic society.