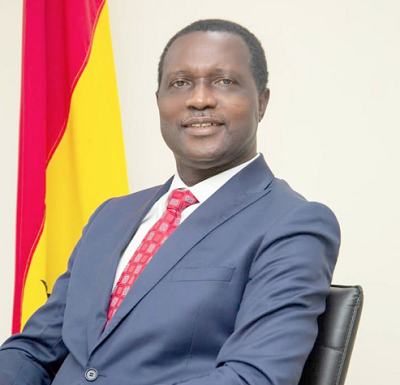 The government is ready to partner with various stakeholders including private sector operators to provide the much-needed infrastructure like laboratories, workshops and lecture rooms for Science, Technology, Engineering and Mathematics (STEM) based institutions.

Dr Yaw Osei Adutwum, Minister for Education who announced this explained that the introduction of the Free Senior High School programme in 2017 has led to a consistent increase in the number of students who qualify to be admitted into tertiary institutions annually.

He mentioned for an instant that during the 2020/21 admission season, out of the over 200,000 students who applied to enter the Government-subvented Universities and Colleges, the universities could admit only 142,000 due to lack of space among other factors.

Dr Adutwum was speaking on Wednesday at the national stakeholders’ consultative forum dubbed “towards sustainable infrastructure development in higher education institutions in Ghana”.

It was organized by Ghana Tertiary Education Commission (GTEC) in collaboration with the Kwame Nkrumah University of Science and Technology and other stakeholders in the education sector.

The consultative forum was aimed at driving the development of infrastructural projects across Tertiary Institutions in Ghana as well as deliberating on best practices to tackle and solve the ever-increasing gaps in infrastructural requirements at the tertiary level.

“With the Government pursuing strategies aimed at increasing the Gross Tertiary Enrollment Ratio (GTER) from the current 18.84% to 40% by 2030, it is in our interest to continuously expand the infrastructural base of the various tertiary institutions”. Dr Adutwum said.

Again he said, “We are all aware of the many ongoing projects on our tertiary campuses, some of which have been abandoned for years, while others are in urgent need of additional Government funding for completion”.

The Education Minister said for example that the Technical Universities which currently admit only about 63,728 students could triple their intake with the right infrastructural expansion and ultimately increase enrollment in STEM programmes at the tertiary level.

He explained that the six new regions which also needed tertiary education institutions have created the opportunity for collaboration between the private sector and government to provide these institutions with hostels, offices, workshops, laboratories, lecture rooms, bungalows and flats.

Dr Adutwum said, “the nation cannot depend only on GETFund and budgetary allocations from the government to fund all these projects, this is why it has become imperative to explore Public-Private Partnerships to execute these projects”.

He charged the various participants to the national stakeholder consultative forum to have frank and insightful discussions that will result in the provision of adequate infrastructure in the nation’s tertiary space.
Reflecting on the budget

The Education Minister said the 2022 budget has brought much hope into the nation’s education sector with the construction of many educational infrastructures in various regions across the country.

He charged the media to take a keen interest in studying the details of the budget and not just listen to what some politicians were saying to win political points.

In an address read for him, the Director-General of the Ghana Tertiary Education Commission, Prof. Mohammed Salifu, said the forum was to find a sustainable development plan for the development of infrastructure in the country’s tertiary education.

He said the rising increase in the demand for infrastructure in all tertiary institutions across the country has led to the need to look for other sources of funding to complement the current sources of funding.

The Vice-Chancellor of KNUST, Prof. Rita Akosua Dickson, called for all stakeholders to contribute their ideas and know-how towards getting the best for the attainment of sustainable infrastructural needs of all tertiary institutions.

She appealed to the private sector players to also consider investing in the accommodation needs of all universities to support the effort being made by the government.