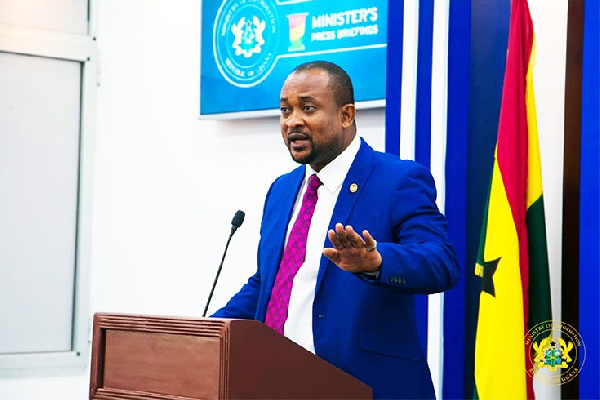 Speaking to TV3 on Wednesday, January 12, 2022, the former Deputy Minister for Youth and Sports said media owners should not complain of interference when government decide to take such a step.

“Now, we are back to the same point, talking about payments and compensation for media practitioners. I hope and pray that when the time comes and government takes the bull by the horn and insists that media owners should not just be driven by profits they may make from advertising, but that they should apply some of those monies to paying properly the people who do the real job, nobody will come around to accuse us again of all the negativities that came when we tried to the rules,” Pius Enam Hadzide said.

The conversation of journalists being underpaid in the country has come up again following the start of the media capacity building programme being organised by the Ministry of Information.

Speaking at the programme, President of the Ghana Journalists Association (GJA), Mr. Affail Monney called for better remunerations for journalists in the country to promote press freedom.

“The naked truth is that most media houses and individual journalists are too financially disabled to meet their critical training or self-development needs. The International Federation of Journalists (IFJ) reminds us poignantly that, ‘there can be no press freedom if journalists live in conditions of poverty, fear and corruption’.

“The causal nexus between flip-flop poverty and below par performance in certain media circles underlines the need to address the salary issue of journalists with urgent promptitude.”