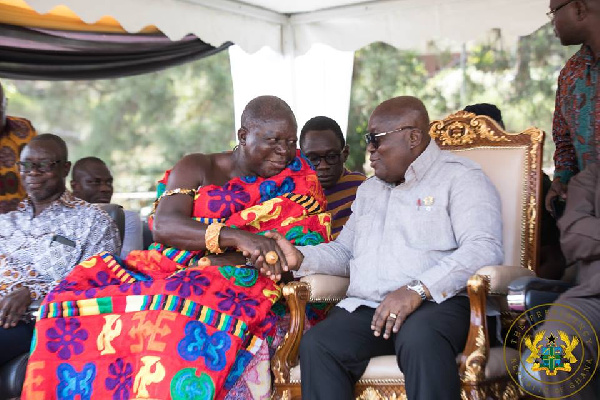 Captain Smart, born Blessed Godsbrain Smart, has revealed that the Akufo-Addo led government intended to borrow money from the World Bank through His Royal Majesty Otumfuo Osei Tutu II, but the king refused.

According to him, the government tried to "exploit" the respected king to obtain another loan from the international financial institution, but they were unsuccessful.

Captain Smart said on Kumasi-based Akoma FM Monday, September 26, 2022, that the Asantehene was previously aware of their "thievery" activities and so did not get involved.

"Are you aware that this administration sought to borrow from the World Bank using Otumfuo?" he inquired, adding, "but he declined because he knows these people cannot be trusted."

The popular broadcaster asserted that despite making promises to cut back on borrowing, President Akufo Addo's administration has borrowed more money than any other administration in Ghana's history.

Captain Smart noted that after learning about our leaders' corrupt methods, nations like China, Korea, Japan and others have started rejecting loan requests from us.

"Let's be honest, this government is more corrupt than the Mills-Mahama governments combined, there's never been a more corrupt government in the history of this nation than this administration, let's put our loyalty to the NPP aside and tell them the plane truth," he told co-host Kofi Asante Ennin, as monitored by Ghanaguardian.com.

He expressed disappointment that the government offered Ghanaian youth the Nation Builders Corps (NABCO), an initiative aimed at providing jobs to the unemployed, but failed to pay them their full allowances after enrolling in the program.

"They were unable to pay NABCO trainees and are still paying them; how do you pay one month when you owe someone for 11 months? So, what happened to all the fuss you made about the NABCO in this country?" He opened fire.